The following are sites in and around Vincennes, Indiana where Richard “Red” Skelton was born on July 18, 1913.  They have varying levels of significance including places where he performed over the years, and places he worked. 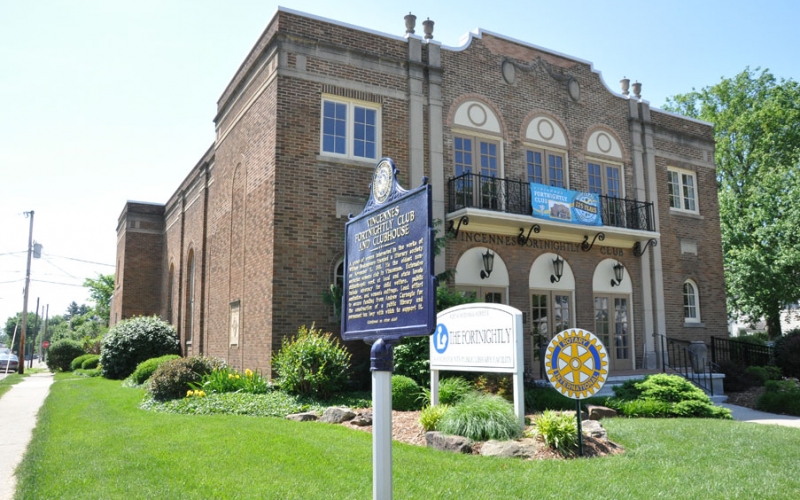 Red performed here on stage in 1929

Red performed in Clarence Stout Follies on stage in 1929 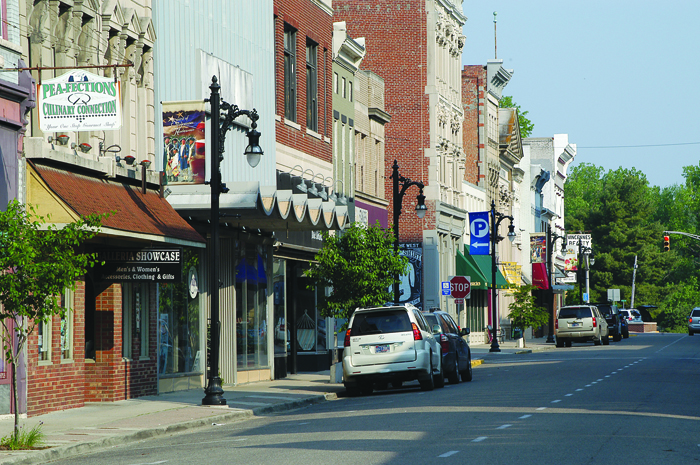 Red had jobs at these businesses racking up pool balls and opening boxes. 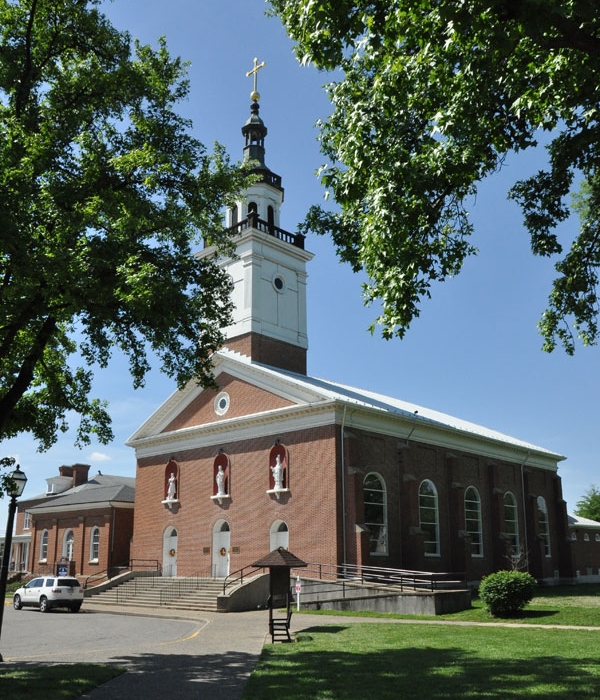 Red Skelton was mentored here by Father Doll as a young boy.  He was part of the Gibault School for Boys, boy scout circus in the summer. 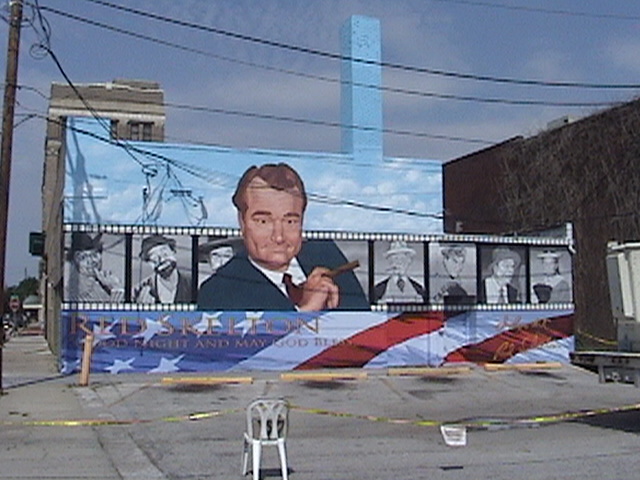 The downtown mural for the was completed for the first Red Skelton: “Paint the Town Red”  Festival in 2006. 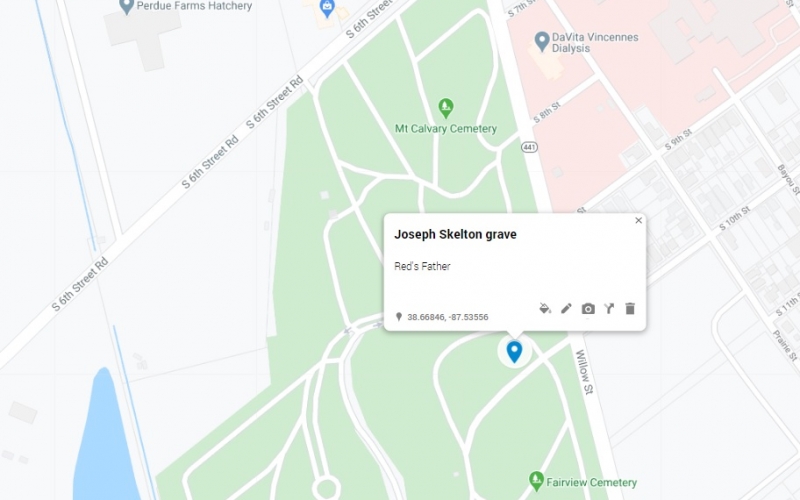 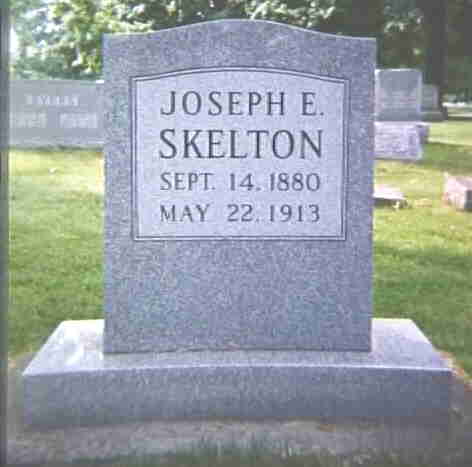 Several gravesites may be found here for people who were significant in Red’s life.  They include: Father Doll, Clarence Stout, James Laswell (inspired the meaning to the words of the Pledge of Allegiance), Anna Fields (Red’s Grandmother, and Joseph Skelton (Red’s Father)

Red often performed on the platform for train customers. 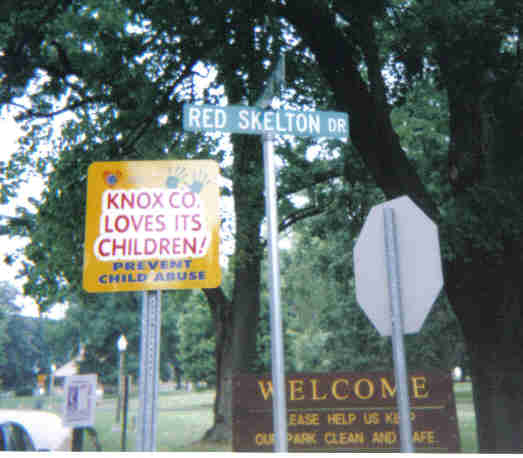 The main road through the park was named after Red Skelton in 1953. 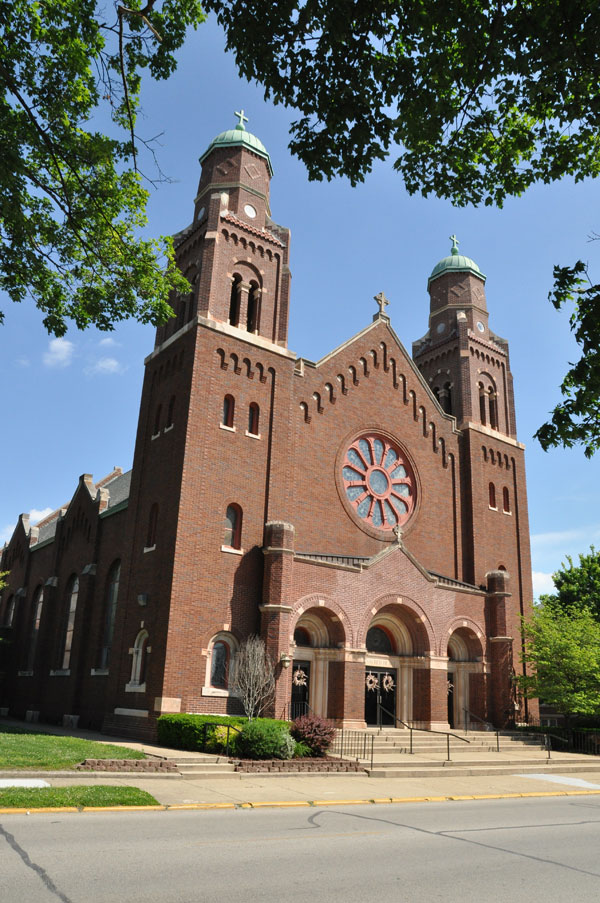 The bridge over the Wabash River on highway 50 into Illinois was named after Red Skelton.  He dedicated it in 1963….He reportedly said after the dedication “Thanks for coming, now get off my bridge.”