Starring Dave (Darth Vader) Prowse, this award-winning, crowd-pleaser tells the story of two Star Wars fans that accidentally kidnap George Lucas. Winner of the Best Supporting Actor and nominated for Best Screenplay at the prestigious London Science Fiction Film Festival, SSW has a worldwide audience and was named one of the 10 best Star Wars fan films. 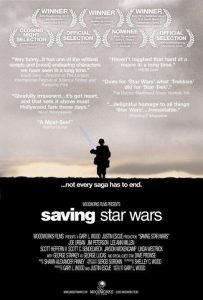 The Further Adventures of Walt’s Frozen Head is a quirky comedy about the unlikely friendship between the frozen head of Walt and Peter, a low level theme park employee.

During his yearly thaw to oversee the direction of his company and guard his creative legacy, Walt demands to be finally allowed up to see his park, Walt Disney World. When management scoffs, he recruits Peter to kidnap him for a day in the Magic Kingdom. 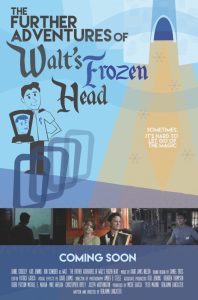 2 Detectives must solve a murder

A frustrated young actress entertains herself in a Los Angeles traffic jam.

A short comedy about an honest mistake.

TRAILER – Don’t Forget Your Bike from Zephyr Sheedy on Vimeo.

“The White Bag” is a spy-spoof movie based on classic black and white film noir and espionage movies. Filmed on location in San Rafael, California as a project for a class on filming and editing with smartphones and tablets taught at the Community Media Center of Marin (cmcm.tv) in 2015.

The White Bag Trailer from Dick Jordan on Vimeo.

An intoxicated bottle of bourbon, fearful of being recycled, relies on the ingenuity of his household appliance friends to devise an escape plan.

‘Toasted’ was produced by utilizing live-action puppets digitally augmented with actors’ mouths to bring the appliances to life. Toaster is a real toaster and Bourbon is a real bottle of real bourbon. The recycled nature of the puppets inspired Bourbon’s existential dilemma and Toaster’s heroic defiance of the “cycle of life.” You will never look at your appliances the same.

Jordan’s day becomes anything but ordinary when she’s “gifted” the power of shapeshifting.

Two broke guys dream of getting rich and wake up, still broke. 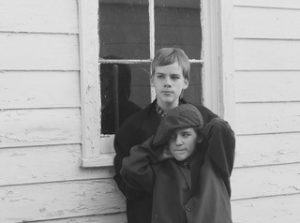 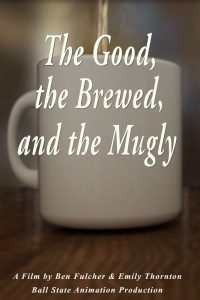 The Super Hero Bureau of Affairs is interviewing new prospects in hopes of keeping the peace on planet Earth. Hopes are dim until they meet a mysterious masked man who vows to restore order on the day after Thanksgiving. 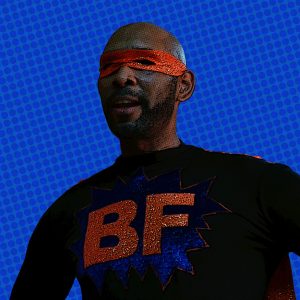 Penguin is all grown up, his glorydays as a childstar have faded and he has surrendered to the monotony of a 9 to 5 job. But give him an ice-cold stage and all hell will brake loose: Noot! Noot!

3 superhero housemates try to out brag each other with their accomplishments. 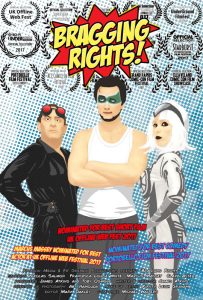 When forgetful and scatterbrained Ben loses the key to his house, he enlists the help of his smart-mouthed neighbor and friend Zach to help him find a way back inside, leading them on a series of silly escapades.

Bloodthirsty alien warmongers have come to destroy the Earth! Join the freelance spacefaring Galactic KR-7 Sportscast crew as they bring the action to you LIVE!

End of the World with Dick and Jane Trailer from J. Thompson on Vimeo.

An Army Veteran and a Navy Veteran compete in a game of one-upmanship over a flagpole in a retirement community. 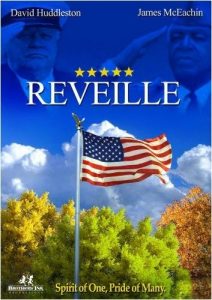 A hypochondriac, so engrossed in symptoms, makes a diagnosis for the woman he adores.

Silvio, a romantic dreamer, is distracted by Nature and by the beautiful Flora, accumulating mischief and escaping from his responsibilities. To save his love, Silvio will have to find a way to remember his obligations, relying on the complicity of his best friend, an old tree … 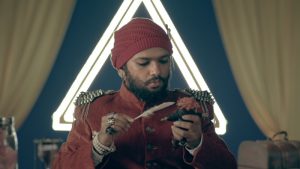 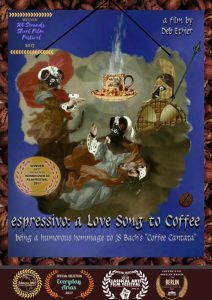 Fred and Dan get caught up in the details of cooking a frozen pizza together. A disagreement in the kitchen puts both their friendship and the pizza in danger. Do they have what it takes to save both? Is there a point where joking around between friends goes too far? Try not to get lost in a good hug while you enjoy Frozen Pizza Tears, a unique comedy about the challenges of frozen pizza (and true friendship).

Nothing goes as planned when a rookie government agent goes off on his own to hunt down his first UFO and earn the respect of his peers.